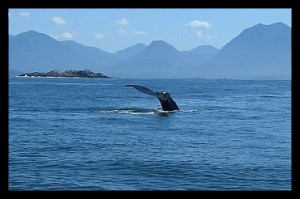 Sailfish – year round. From November to May the numbers increase and days of 12 fish or more are common.

Marlin — Blue Marlin is the most common of the Marlins. peak in November and December as well as March and April. Black Marlin are most abundant in July and August and few Striped Marlin are around at the same time.

Dorado — January through may and very abundant November and December.

Tuna — Yellowfin range in size from football size to 300 pounds peak in schools in July and August and November and December.

Wahoo – Not abundant, but an occasional Wahoo may be taken any time. Can be caught between May and October while trolling for sailfish. .

Roosterfish – This region has big roosters and they can be caught virtually any month of the year. Some weigh nearly 100 pounds but they average 30 pounds.

Snapper – Almost all year round.

Snook – Almost all year round, but best from May through August and January though March.